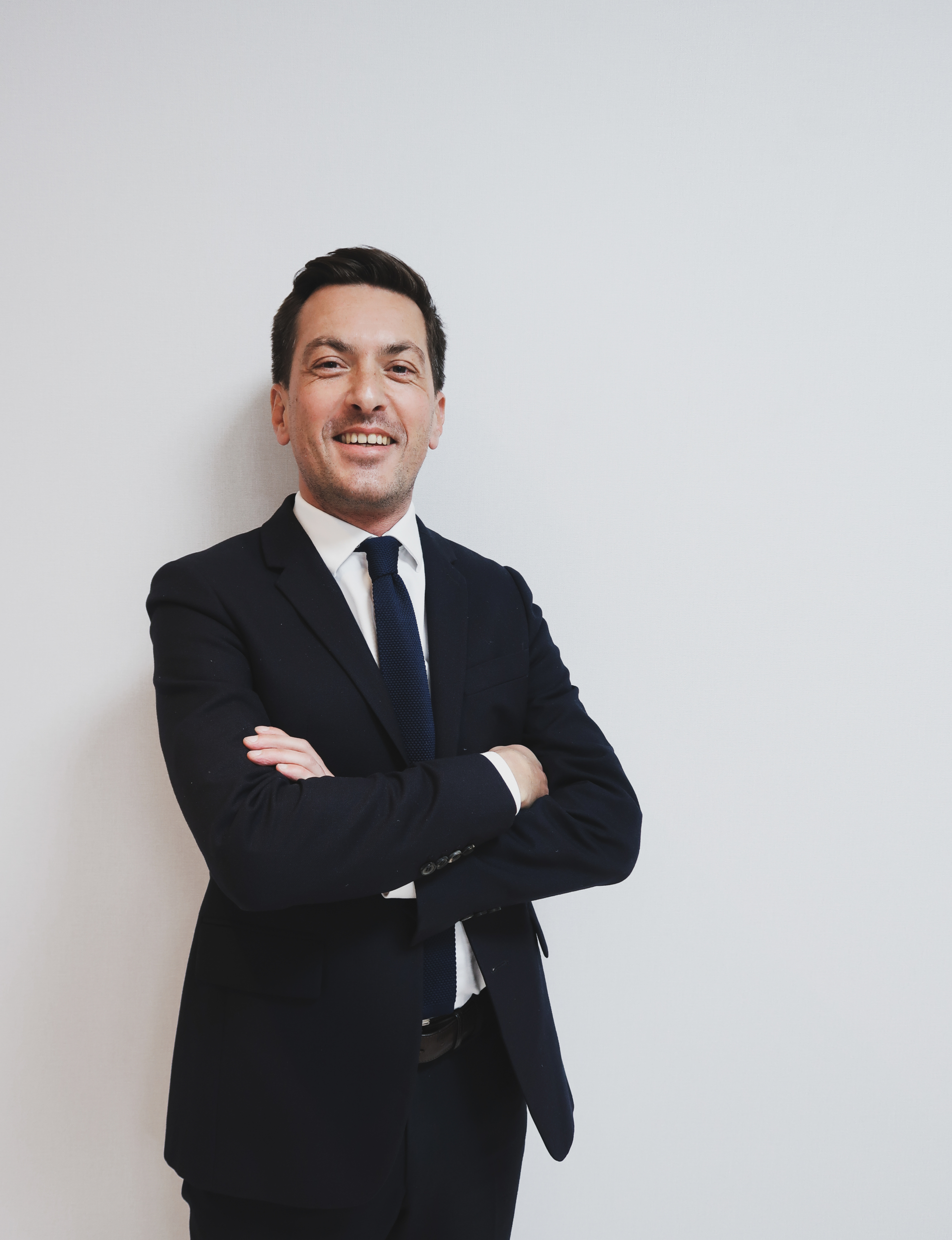 The Monthly journal issued by the Publication Industry Promotion Agency of Korea (KPIPA) is a publishing-specialized journal that promotes the spread of various voices, solidarity, and connection as a “Network.” It is also a “News” outlet that marks today (“Now”) and tomorrow (“Next”). The section contains interviews, essays, and articles about various people. In this month’s journal, we would like to interview Ludovic Guillot, the Cultural Counselor at the French Embassy in Korea on the topic of “What are books to French people?”

It is an honor for to be interviewing you. Thank you very much for taking time out of your busy schedule. Please introduce yourself to our readers.

Hello, I am Ludovic Guillot and I am delighted to answer your questions today and to have a first contact with your readers. I am the cultural advisor for the French embassy since September 2020.

Before coming to Korea, I was working for the French minister of Culture and, from Paris, we were all looking very closely what was going on in Korea in terms of culture, particulary in terms of literature : We were very impressed ! So I decided to come here to try to build a deeper and stronger relationship between our two countries through Art and culture.

The Cultural service of the French Embassy in Korea is known for its hard work in helping French content spread worldwide. What specifically does the cultural service do?

The cultural service of the French Embassy in Korea is responsible for implementing, on behalf of the French Embassy, ​​cooperation actions conducted between France and Korea to promote research, academic and scientific exchanges, artistic and cultural as well as the practice of the French language. The cultural and creative industries are the driving forces of our cultures: A common dynamic is evident between France and Korea, specificaly in the book industry, being one of the most active creative industry in terms of cooperation.

How does the Institute support the exchange of publications between France and Korea? Also, what is it doing for Koreans?

The book industry is one of the most active CCIs in terms of cooperation. Our action revolves around 4 axes and is intended to support French and Korean publishers in collaborating closely and actively:

We work very closely with Korean publishers, bookstores, libraries, and institutions, such as the KLTI and KPA.

France is a cultural powerhouse producing magnificent works and authors since long before modern times. It seems that the great interest of the French in literature and books was the driving force, thus encouraging the production of many masterpieces so far. In your opinion, what background contributed to the establishment of such a culture?

France has a long tradition of supporting the arts and culture. We could say it is part of our DNA, and surely that support from the State has been, and still is, one of the driving forces to ensure the renewal of creative contents in our country. When I was working at the ministry of culture in Paris,we did celebrate the 60th birthday of the ministry (in 2019) and President Macron came to the celebration to confirm that Art and Culture are the basis of all French public policies. We believe that access to art and culture is a right, and that it is our duty to ensure all citizen can freely access museums, libraries, theatres, etc. The role of our government is of course predominant with public funding helping the existence of a library in most towns in France. The 1981 law that regulated the price of books also had a strong impact on preserving the sector, ensuring fair concurrence and pluralism in creation and publishing, especially for difficult works.You question the dynamism of our literary production; I believe dynamism is also held by diversity and common access to culture to all citizen. One danger maybe for the book industry, like any creative industry, would be to focus on producing cultural contents that respond to a majority and guaranty commercial success, with a risk for uniformization of contents. If we wish to foster intellectual debate, creative development and achieving masterpieces, diversity and plurality of contents remains a key.

France is known worldwide for having the greatest density of bookstores. What background do you think has allowed large and small local bookstores to co-exist in society?

The 1981 law has helped the sustainability of smaller bookstores. One may have appreciated in France the actual “experience” of entering a local bookstore. I guess people have a specific relation to books, and being able to exchange with the bookseller, discuss his weekly selection, fosters a specific relationship that French people are attached to. This has once again been confirmed with the crisis. People have supported their local bookstores and ordered through them instead of online platforms such as Amazon. In France, the bookstore is an important actor of the local vicinity.

The number of readers in France is one of the largest in the world, as are the numerous bookstores. What is the French government doing to promote the reading culture of its citizens?

There are over 16 000 libraries in France. A recent study called the “Mission Orsena sur la lecture”, has pointed transformations that could be lead to promote reading practice in France, specially in ages of intense digitalization and social networks, where taking time to read books for the younger generation seems threatened. The report once again underlined the massive role libraries have to play, by adapting their offer and contents. They ensure access to knowledge and information, by offering books, newspapers and magazines, music, films, video games, Internet access. Their operating hours will also be revised to respond to our daily schedule. They are an epicenter of the district, and a place to come back to.  One other aspect is the strong network between cultural institutions in France and schools. Most school has a program with the local library, local theater, local museum etc. Teaching art and culture is a very important part of our curriculum, and I guess that also has a strong impact on making our children the readers of tomorrow, on fostering their cultural “appetite”.

We also have promotion campaigns, there was one recently called the Night of reading where, across the world, via our cultural services, reading events, encounters with authors, are organized. These types of events along the many literary festivals in France, also contributes to the promotion of reading among the French population.

Finally, but that could be my own opinion, there is also maybe a transmission process, held by parents to children. Books you cherish and that you will pass on. As you mention we are lucky to have a very strong patrimonial in literature, with great authors, and I guess we are quite attached to certain authors and books, and transmission is important to us. But I guess this can be said for any countries. In Korea you have magnificent writers such as Pak Kyongni or Hwang Sok-yong, and I am certain these books, for example, gets transmitted and passed along in Korean families. Stories remain a very powerful mean to address issues, transmit ideas. And they are very intimate, as it is a unique relationship one can build with a book.

The world is changing dramatically because of the COVID-19 pandemic. France is no different. How do you see the disease influencing French culture in terms of book publishing and reading?

The book industry in France strongly suffered at the start of the pandemic. The lockdown stopped suddenly the release of new books, the promotion could not be held, bookstores were closed for months, the Paris book fair and most festivals were cancelled. The whole ecosystem suffered greatly and is still suffering. However, the population response was one of amazing support to the book industry. To local bookstores as I mentioned, and with the lockdown people read more than ever. Some people even mentioned rediscovering the habit of reading every day.

As a French Cultural Counselor to Korea, what are your thoughts on Korea’s publishing market, publishing content, and readers?

Korea’s publishing market is quite strong and dynamic. Upon my arrival in Korea I had the chance to collaborate with Kyobo for and French book fair which made me aware of the strong appetite of Korean readers for foreign literature. I was very pleased to learn that French is the third language of translation in Korea, and Korea the third Asian market for the book Industry. This proves the dynamic of the industry, even though, like everywhere else, 2020 has been a tough year.

I also discovered the impact of webtoon upon my arrival, and I believe that Korean webtoons will pursue their development overseas in the years to come. Korean literature is also getting more attention, I would mention Buns in the cloud of Baek Hee-Na who receives the very prestigious Astrid-Lindgren commemorative award. Of course, Kim Ji young born in 1982 by Cho Nam Ho has been a huge success across the world. These few examples shows that k-literature is dynamic, with new trends reaching the global market, and I am certain of it, will be one of the powerful element of Hallyu.

I have been very moved by one thing last year: When bookstores reopened in France after a 55 days total lockdown, people were queuing for hours in the streets to get into their bookstore again !

On my point of view, the best thing that happen when you go in a bookstore is that you find what you were NOT looking for which is such a fantastic opportunity to open your mind, to make it breath. I bet that in Korea, like in France, no technology, no algoryhtm, no machine will ever replace a chat with a bookseller : The publishing market has a long and dynamic life to come.